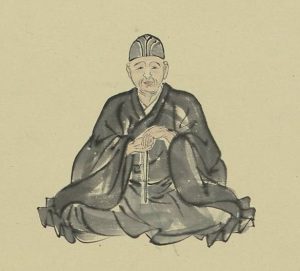 I’ve dabbled in poetry for 60 years, and there are two poetic forms from the Japanese that I love dearly that are closely related and quite different – haiku and senryū. Most people are familiar with haiku – a non-rhyming verse form consisting of three syllabic lines of 5-7-5, and which have a fairly complex set of guiding rules that are several hundred years old.

Senryū (also called human haiku) is the second variation of Japanese verse consisting of three lines of 5-7-5 syllable lines that do not rhyme. Senryū is usually written in the present tense and typically only refers to some aspect of human nature or emotion. (1)

Years ago I participated in a number of poetry workshops with Robert Bly. In a couple of them we got into the topic of haiku, where he maintained that the structure of a haiku requires two images simultaneously connected and separated by a vast, floating, associative leap. (2) The Japanese also require a haiku to contain some kind of seasonal reference as well as something from the natural world that illuminates something in human nature. You can see that in (what I at the time thought was) Bly’s version of Basho’s magnificent poem:

Bly must have had a serious brain cramp that day (I’ve certainly had plenty like that) because I later discovered that poem was not written by Basho at all but was Bly’s interpretation of a poem written by Taniguchi Buson. Also, the most delicious irony is that it was written when Buson’s wife was still alive, and she outlived him by many years.

The word “sudden” should instead be “piercing” which has many subtle meanings related to death, autumn, the sharpness of the comb teeth and so on. Bly really missed much of the depth in this poem, though I didn’t realize that until years after. The original in Japanese never mentions the month but refers to Autumn through associative leaps inherent in other words in the poem unique to the Japanese language.

Here’s another translation of Buson’s poem I encountered years later:

and the associated commentary quoted from that page:

“The opening phrase, mini ni shimu (literally, to penetrate the body), is an autumn phrase that suggests the chill and sense of loneliness that sinks into the body with the arrival of the autumn cold and that here also functions as a metaphor of the poet’s feelings following the death of his wife. The poem generates a novelistic scene of the widower, some time after his wife’s funeral, accidentally stepping on a comb in the autumn dark, as he is about to go to bed alone. The standard interpretation is that the snapping of the comb in the bedroom brings back memories of their relationship and has erotic overtones. But this is not about direct or personal experience. The fact is that Buson (1706-83) composed this while his wife was alive. Indeed Buson’s wife Tomo outlived him by 31 years.”

The Edo period poet, Basho (1644 – 1694) is credited as being the creator of the haiku form, although Masaoka Shiki is credited with naming these poems as haiku during the late Meiji period, about two hundred years after Basho’s lifetime. (4)

Basho was a master of both renga and “haikai no renga” which was a poetic form practiced by multiple poets – at a moon-viewing party for instance. One would begin with an hokku (5-7-5) and then the next poet in the circle would move the form forward with a 7-7 mora verse, then another would do 5-7-5, and so on throughout the entire evening. Only later did Basho separate out the 5-7-5 hokku segments that were eventually renamed haiku by Shiki. Renga are usually either 36 or 100 verses long, and each verse must connect to the verse immediately before and the verse immediately after, but not necessarily any other verse.

There are many different translations of Basho’s works, (as well as of many other haiku poets) and some of them suck royally because they were written by translators who were not poets but linguists. It’s a very difficult thing to capture the heart of a poem while bringing it across the worldview gaps between languages, especially translating from a deeply subtle, ancient, and sophisticated language such as Japanese.

We see this even when great poets such as when Bly himself attempted to translate the works of someone like Kabir. That was a miserable failure (in my opinion) as Bly lacked the cultural frame of spiritual mysticism from which Kabir himself wrote. Bly’s Kabir book should have been called something like “Robert Bly’s approximate interpretations based on poems by Kabir” as his translations had very little to do with the actual meanings embedded in what Kabir actually wrote. He and I had a huge disagreement about this after I gave him what I considered to be an excellent translation of Kabir’s work. I have similar complaints about Coleman Barks’ translations of Rumi. Great Coleman Barks poems. Only kinda Rumi-ish. (and yes I love Barks)

And so many of Basho’s poems have such subtlety that it may not even be possible to translate them at all. All the puns and hidden cultural meanings just vanish from the English translations. Case in point is his “old mill pond” poem with the frog and the sound of water. Pure zen, and pure Japanese.

As I mentioned in the first paragraph, the simplest way to describe the essence of what a haiku is would be to call it two images separated (and/or connected, depending on your point of view) by a huge floating associative leap. Leaping is the interior connection of two apparently unrelated objects in such a way that the reader gets the connection, moving from the conscious to the unconscious and back up again – the known to the unknown and back – from the outer world to the inner world and back out again, or vice versa.

The associative leaps that most people make in their thinking are usually short and obvious. For example, you think of summer, that leads to green grass, which maybe leads to mowing the grass which leads to being hot and thirsty which leads to lemonade. Short leaps. There are many good poems with short leaps, but usually the best ones have lots of leaps and they are very quick. But if you can make the leaps at the heart of a poem very large, then something inside us quivers in excitement and surprise. If you can make those vast leaps repeatedly and in rapid fire, and they cover the full emotional spectrum then something unspeakably profound happens inside us. (I highly recommend Bly’s marvelous paper on Leaping Poetry. (2) )

A perfect demonstration of associative leaping can be seen beautifully articulated by Antonio Carlos Jobim in his extraordinary song, “The Waters of March” in the first verse and chorus here:

A stick a stone
It’s the end of the road,
It’s the rest of the stump
It’s a little alone
It’s a sliver of glass,
It is life, it’s the sun,
It is night, it is death,
It’s a trap, it’s a gun.
The oak when it blooms,
A fox in the brush,
The knot in the wood,
The song of the thrush.
The wood of the wind,
A cliff, a fall,
A scratch, a lump,
It is nothing at all.
It’s the wind blowing free.
It’s the end of a slope.
It’s a beam, it’s a void,
It’s a hunch, it’s a hope.
And the riverbank talks.
Of the waters of March
It’s the end of the strain,
It’s the joy in your heart. (5)

Outer world, inner world, outer world, inner world again and again in the blink of an eye. In my view, this is what lives and breathes at the heart of all art. Can you imagine what kind of person you have to be inside yourself to see all that? To say nothing of making it all visible to everyone else all over the world. Astonishing! I am so in awe of that song and that man’s work and consciousness, I can’t even begin to tell you.

So in addition to the structure and relationship of images in haiku and senryū, there is the issue of syllabic form. The way Japanese count syllables is called onji (linguists say mora (s) or morae (pl)). (6) Two letter combinations make up all words. For example, the word haiku – in English that’s 2 syllables but in Japanese it’s 3. Ha-ai-ku. In Japanese, a classic haiku is 5-7-5 onji but there are examples of 15, 16 and 18, some even from Basho himself. Many haiku contain a dash. The dash represents the kireji, or the cutting word. This is very difficult to describe in English as there is no analog. Mostly it is a pause, a break in both form and rhythm as well as in the flow of thought. Here’s one of my early morning walking poems as an example where you can see and feel the cut:

small boy spits at me
from a passing yellow bus –
misses

In the modern English language world of haiku writers there exists an enormous ongoing discussion about syllables and lines. I have seen terrific poems with as few as eleven syllables. Here’s one (7) with 10 syllables from the American master, John Wills:

rain in gusts
below the deadhead
troutswirl

and 9 syllables in this senryū from the brilliant Alexis Rotella:

not speaking
our shadows
keep touching

I think any poem that works, that is to say – it has somewhere in the neighborhood of 17 syllables, it leaps, has good images, a seasonal reference, something that reveals human nature through wild nature, and makes you FEEL – that’s a decent poem. But from my own experience, they are devilishly hard to do and though I have written hundreds of the little buggers, I am not certain many of them deserve the name haiku. Maybe a half dozen of mine actually work as haiku, and some are decent senryū. One of them is about the best thing I’ve ever written and I still hesitate to call it haiku. Wanna guess which, and why? 🙂

Here are three of mine:

sleepless summer night
through the open window
every distant laugh

reflections
on the sea of grass
countless fireflies

(7)
The poems of John Wills and Alexis Rotella are published in Cor Ven Den Heuvel’s marvelous book, “The Haiku Anthology” from back in 2000.
https://www.amazon.com/Haiku-Anthology-Third-Cor-Heuvel/dp/0393321185/
—